Since FRC started in 2004, we have made available the recordings of many collectors of traditional music. To date these include (with CDs they contributed to): END_OF_DOCUMENT_TOKEN_TO_BE_REPLACED 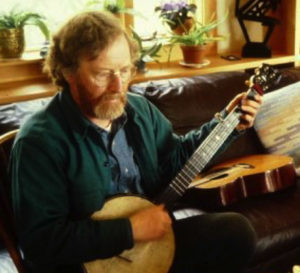 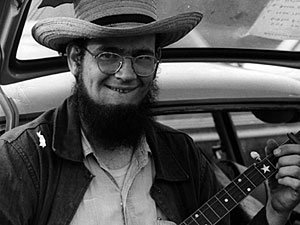 It was the summer of 1959 and a young Peter Hoover, having flunked out of Harvard the summer before, was volunteering at the Library of Congress, transcribing inventory information of aluminum disc recordings made in 1937 of Crockett Ward’s Bogtrotters, from Ballard Branch, Virginia.  (The original Bogtrotters, consisted of Davey Crockett Ward and his neighbor Alec END_OF_DOCUMENT_TOKEN_TO_BE_REPLACED

The Brandywine Valley Friends of Old Time Music (“BFOTM”) was founded in 1972 by a small group of traditional American music devotees.  Carl Goldstein and Shel Sandler, two young Delaware lawyers and budding musicians, had begun playing informally with a local autoharp player, Mike Hudak, who was a protege of Kilby Snow.  Kilby Snow was a brilliant autoharpist from Fries, VA who END_OF_DOCUMENT_TOKEN_TO_BE_REPLACED

Excerpts from the November 2003 Banjo Newsletter interview with Ray Alden

BN: Did you grow up with Appalachian music?

RA: Mountain music wasn’t exactly the rage with the southern Italians from my Bronx neighborhood.  Do-wop was the music I grew up with.  Just ahead of me in school were Dion and the Belmonts.  A guy in my class wrote “Barbara Ann,” later made famous by the Beach Boys. END_OF_DOCUMENT_TOKEN_TO_BE_REPLACED

Found Jimmy and two of three sisters sitting under awning between house and shop/garage, smoking cigarettes and drinking Old Milwaukee in red and white cans, a welcoming wave.  Jimmy didn’t remember my name though I’m positive he remembered me.  His sisters Dottie and Merle were friendly.  Dot remembered me, Merle didn’t. END_OF_DOCUMENT_TOKEN_TO_BE_REPLACED